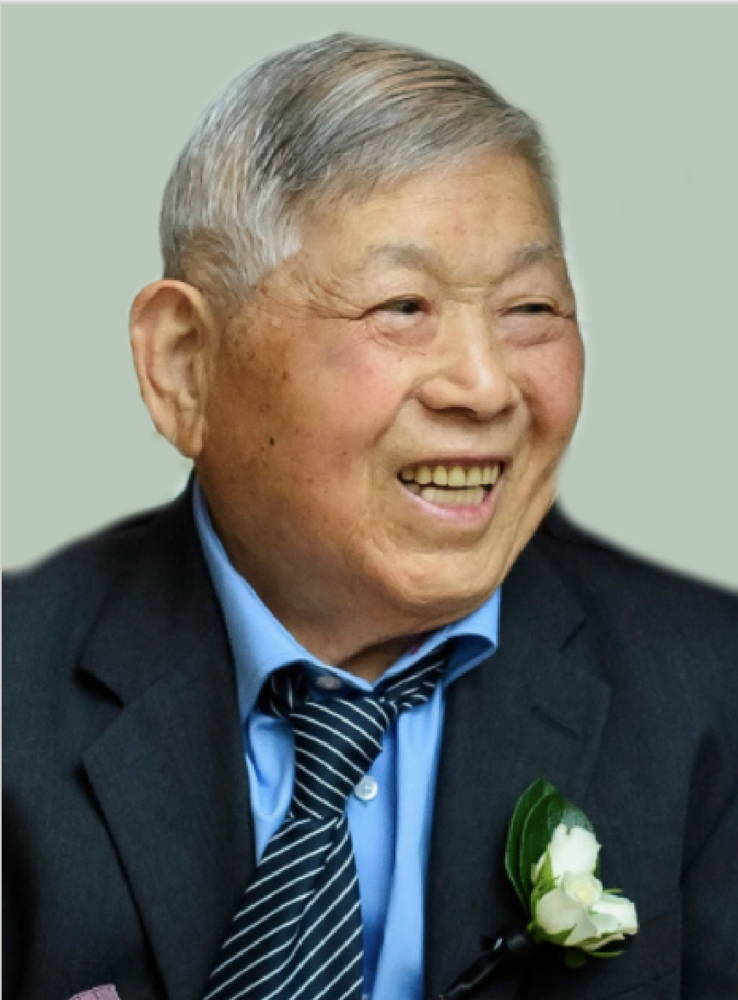 Please share a memory of Kuan to include in a keepsake book for family and friends.
View Tribute Book
Kuan Chih Chao June 28, 1926 - April 13, 2021 Kuan Chih Chao, age 94, passed away peacefully on the morning of April 13 at South Cove Manor at Quincy Point. He was beloved by his family and friends and will always be remembered for his work ethic, good humor, quick wit, and unabiding kindness to family, friends, and strangers alike. Kuan Chih was born in a farming village in Luohe in China’s Henan province. At fifteen, amid the chaos of the Sino-Japanese War and Chinese Civil War, he fled his home, leaving on foot with only the shirt on his back and the warm bread his mother had baked for the journey ahead. He would never see his parents again. He joined a relative who was an officer in the Nationalist army and became a skilled chef, eventually fleeing to Taiwan. There, he met his wife, and they built a family and community together. He migrated to the United States in search of a better life for his children. He arrived alone at first, not speaking any English and working long hours in a restaurant, and sponsored his wife and children to join him in Cambridge, Massachusetts. His resiliency and courage set a high bar, and his hard work enabled opportunities in education, career, and a rich life for the generations that follow him. He worked and was a partner in several Chinese restaurants across metropolitan Boston, including Chi Lin in Belmont, Massachusetts, which he operated with his family until his retirement. Kuan Chih enjoyed traveling and brought family back to China and Taiwan to understand their roots and heritage and feel their connection to the past. Every day was an opportunity to spend time with friends and neighbors playing mahjong, sharing in good food and crates of beer late into the night, and being grateful for everything that came to him. Kuan Chih gave all of himself to bring happiness and joy to those around him. His greatest legacy is his large, loving family and the strong bonds he helped them forge. He was a devoted husband to his late wife Tao May Chao. He was a loving father to George Chao, Judy Wong, John Chao, and Lily Lee. A caring father-in-law to their respective spouses Irene Chao, Benedict Wong, Fung Lee-Chao, and the late Kai Lee. He was a proud grandfather to Melissa Wong, Justina Wong, Tiffany Chao, Jacqueline Ryan, Corissa Chao, Craig Lee, Chloe Lee, Jaime Chao, Justin Chao, Nicholas Chao, and Eric Chao. He cherished the many spouses and partners who have become a part of the Chao family. And he was a proud great-grandfather to Catherine Creehan, Finn Creehan, and Josephine Ryan, whose unbridled joy reminds the entire family that their Tai Gong’s spirit endures.
To send flowers to the family or plant a tree in memory of Kuan Chao, please visit Tribute Store
Friday
23
April

Look inside to read what others have shared
Family and friends are coming together online to create a special keepsake. Every memory left on the online obituary will be automatically included in this book.
View Tribute Book
Share Your Memory of
Kuan
Upload Your Memory View All Memories
Be the first to upload a memory!
Share A Memory
Send Flowers
Plant a Tree