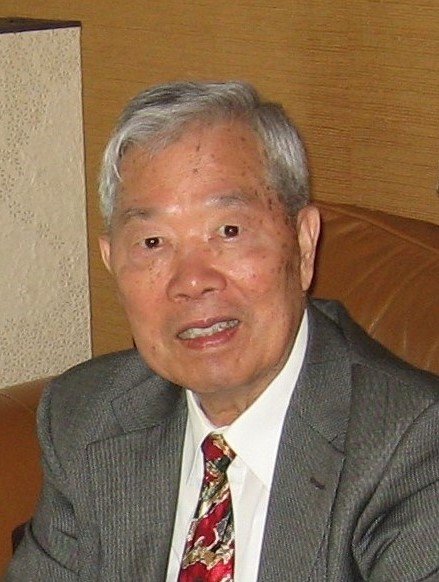 Please share a memory of Jerry to include in a keepsake book for family and friends.
View Tribute Book
Jerry But Kwan Chu passed away peacefully of advanced age on the morning of May 18, 2021, in Quincy, Massachusetts. Born in Toisan, Guangdong Province, China, he moved to Taiwan as a young man to escape the political upheaval in his home country, then eventually settled in Boston, Massachusetts, in search of a better opportunity for his family. A proud graduate of the Chinese Military Academy and a commissioned officer, Jerry turned to civilian occupations in the United States and became well known in the Boston Chinatown community through his work with organizations such as the Chinese Consolidated Benevolent Association, Kwong Kow Chinese School, Chu Family Association (Gee Poy Kuo Family Association), Chinese Merchants Association (On Leong), and Kuomintang. He joins his first wife, Kit Yu (Kitty) Chu, his parents, Hugh Tung Chu and Shiu Lau Chu, and his brother Yiu Kwan Chu. He is survived by Siu Kuen Poon of Boston, Massachusetts, his brother Robert Chark Kwan Chu of Medford, Massachusetts, his sister Ling Albrecht of Braintree, Massachusetts, and his adult children, Tina Chu of Munich, Germany, Michael Chu of Gig Harbor, Washington, Adam Chu of Quincy, Massachusetts, Kenneth Chu of Thornton, Colorado, and their families. A memorial service will be held at Wing Fook Funeral Home at 13 Gerard St., Boston, MA 02119, on Saturday, June 12, 2021, from 2:00 p.m. to 4:00 p.m. In honor of Jerry's lifelong passion for education and Chinese culture, in lieu of flowers or white envelopes please consider a tax-deductible donation to the Kwong Kow Chinese School, a 501c3 charitable organization, at 87 Tyler St., Boston, MA 02111. www.kwongkowschool.org
To send flowers to the family or plant a tree in memory of Jerry Chu, please visit Tribute Store
Saturday
12
June

Look inside to read what others have shared
Family and friends are coming together online to create a special keepsake. Every memory left on the online obituary will be automatically included in this book.
View Tribute Book
Share Your Memory of
Jerry
Upload Your Memory View All Memories
Be the first to upload a memory!
Share A Memory
Send Flowers
Plant a Tree