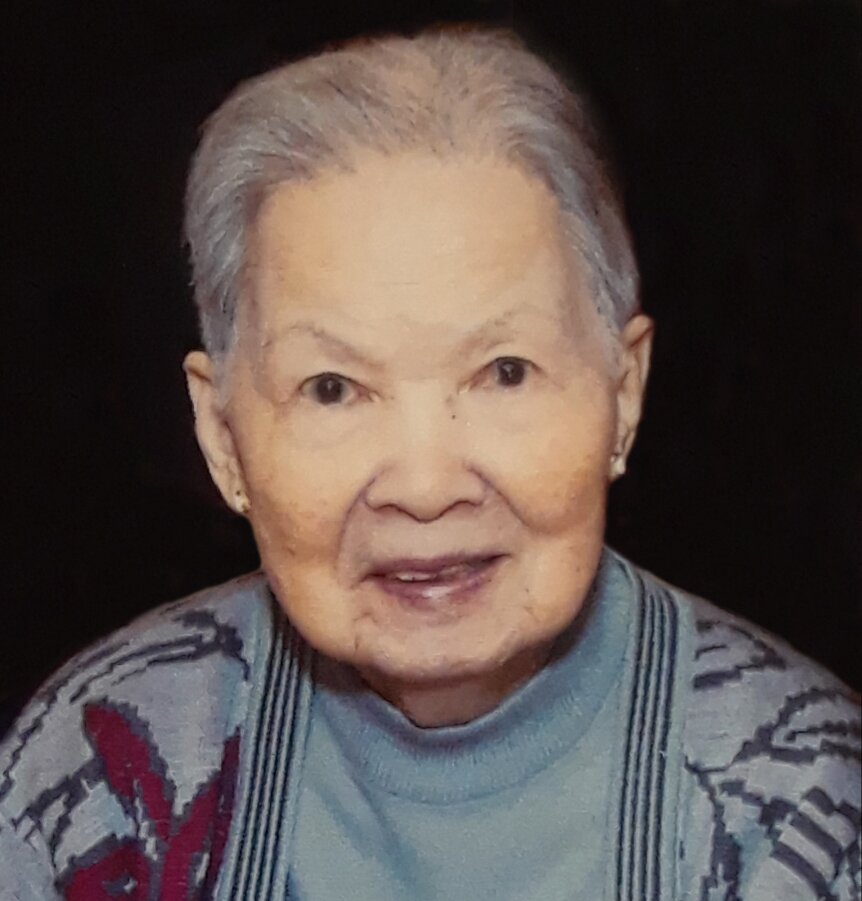 Please share a memory of Shui to include in a keepsake book for family and friends.
View Tribute Book
Shui Lan (Chan) Chu was born in Toisan, Canton, China and passed away peacefully on September 2, 2021 at the age of 93. She was preceded in death by her husband Chi Chiao Chu (2006) and is survived by son Scott, daughter-in-law Phoebe, and grandson Haley of Duxbury, MA, and daughter Tammy and son-in-law Eimerd of Corte Madera, CA. Shui and her husband raised their family on Okinawa, then immigrated to the “Golden Mountain” in search of the American dream, arriving in New York then ultimately settling in Boston. She worked tirelessly as a seamstress in the sweatshops of Chinatown in order to provide the best for her family and to ensure that they would have a better life. She retired from Tufts University working in the dining commons where she was affectionately known as “Mama” or “Mom” and her husband was known as “Papa” or “Pops” by students and staff. In her limited spare time, she worked hard to study for her citizenship test and was so proud to be an American citizen, and she made sure to exercise her hard-earned right to vote as a staunch supporter of the Democratic party. Shui enjoyed taking walks up to the State House then down through Downtown and Chinatown, and doing daily calisthenics at home. She also enjoyed cooking, preparing fantastic and healthy family meals and holiday feasts, all from recipes that she kept in her head. She was meticulous in her search for the best ingredients, having developed connections with multiple sources throughout the community, and never settling for anything less, preparing her own ingredients if needed. Her love for cooking remained to the end as she offered to cook and make soup for the staff at South Cove Manor. Additional interests included Boston sports, in particular the Red Sox, her daily episodes of Family Feud though she didn’t understand a single word, following the winners of Jeopardy based on their winning totals, the occasional discussion of politics, and collecting the best fabrics and materials to make clothes. Shui was humble and generous to a fault, never thinking about herself and always offering a helping hand to others. She took great joy sharing her food with others, especially seeing them eat it, and always felt the need to nurture everyone whom she encountered. She was the matriarch. Many viewed her as the “glue” that held the extended family together and many relied on her wisdom. Throughout the years, she had an uncanny ability to maintain contact with the Chinese diaspora without any social media or any technological know-how, using a landline or snail mail. She will be greatly missed by her family and all who knew her. To honor Shui’s life in lieu of flowers, donations can be made to South Cove Manor at Quincy Point at www.southcovemanor.org. 288 Washington St, Quincy, MA 02169
To send flowers to the family or plant a tree in memory of Shui Chu, please visit Tribute Store
Saturday
18
September

Look inside to read what others have shared
Family and friends are coming together online to create a special keepsake. Every memory left on the online obituary will be automatically included in this book.
View Tribute Book
Share Your Memory of
Shui
Upload Your Memory View All Memories
Be the first to upload a memory!
Share A Memory
Send Flowers
Plant a Tree