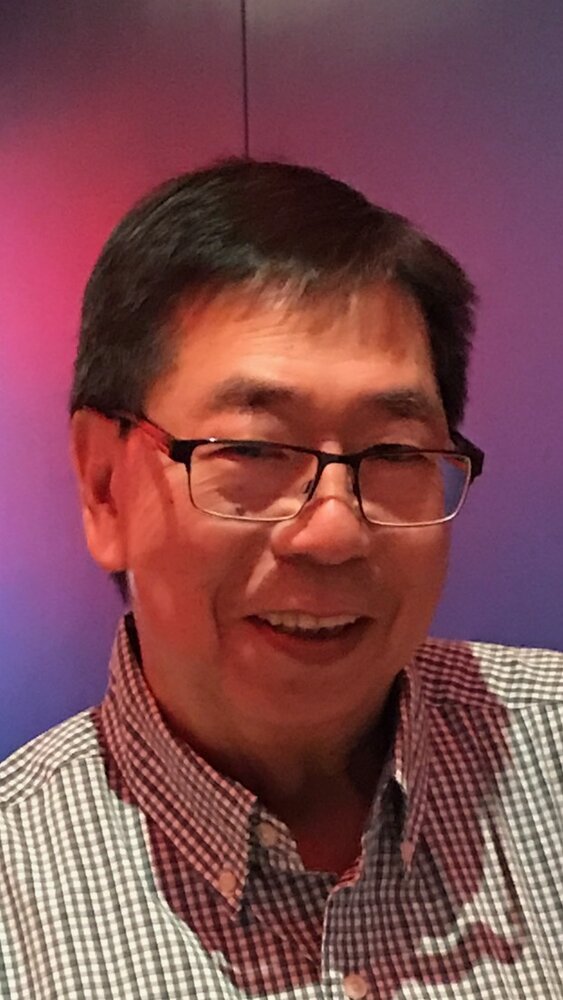 Donald Chin, 73, of East Hampstead, NH passed away peacefully on October 10th, 2021. Donald was born in Taishan, China on May 29, 1948, to Wing Foo Chin and Oi You Chin. He immigrated to the United States in December of 1953. Donald grew up in Central Falls, RI before moving to Massachusetts and then to New Hampshire. Donald earned a Bachelor's Degree in Economics and an Associates's Degree in Computer Science. He worked at Wang Laboratories through all their subsequent company changes for over 30 years, retiring in 2011 as a Principle Computer Analyst. Donald is survived by his wife, Lily Chin, and his three daughters, Keira Chin, Arianne Buckley, and Natalie Girouard; sons-in-law Chad Buckley and Scott Girouard; his three grandchildren (the apples of his eye) Grayson Buckley, Mia Girouard, and Max Girouard. He is also survived by his sister Ruby Hawkins, his brother Thomas Chin; in-laws Jim Hawkins and Sue Chin; nieces Chelsea Hawkins and Lauren Malo and nephew Michael Chin. He will be remembered by several family members from all over including his step-sons Edmond Lee and Erik Lee and their families. Donald was the best "girl dad." He attended every sporting event, played Pretty Pretty Princess, was the best splinter remover, best Santa, and best playhouse carpenter. As a devoted grandfather, Donald was the World's Best Gong Gong. Boy, did he love his grandchildren! He loved to attend all his grandchildren's baseball games, karate belt tests, and dance recitals. Donald was most happy spending time with his grandchildren; he loved to play in the snow, dig in the garden, and play hide and seek. Donald also loved to travel, having traveled around the world with his wife Lily. He was a huge movie fan and loved to garden, read, and grill. Donald will be remembered for his devotion to his family, his friendliness, generosity, and having the kindest heart. Services will be held on Monday, October 18, 2021, at Wing Fook Funeral Home in Boston between 10 am-12 pm. In lieu of flowers, a donation to the Red Cross can be made in memory of Donald Chin at https://www.redcross.org/donations/ways-to-donate/tributes.html.
To send flowers to the family or plant a tree in memory of Donald Chin, please visit Tribute Store
Monday
18
October