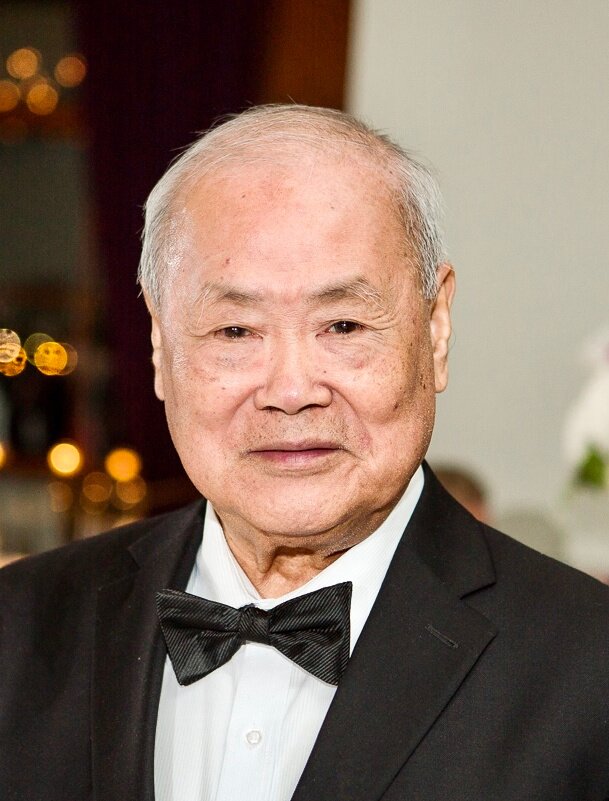 Please share a memory of York to include in a keepsake book for family and friends.
View Tribute Book

Our loving father, York Kee Wong, of Quincy, passed away peacefully on October 6, 2022, after celebrating 95 years of a full and wonderful life. He was the devoted husband of our mother, Miao Ye Rong Wong, to whom he was married to for over 40 years. His children, Mabel Wong-Lynch and David Wong, and their spouses, Michael J. Lynch and Anh-Thi Hoang Ngo, and grandchildren Martin J. Lynch and Addison L. Wong also survive him.

My father's life was colorful and vibrant to say the least. He experienced much turbulence in his youth, while also experiencing so much adventure and making many wonderful friends along the way, all of which he cherished throughout his life.

My father was born in Kaiping, Guangdong, China, shortly after the Chinese Civil War, to a family of merchants and landowners (of historic Unesco-protected diaolou buildings https://whc.unesco.org/en/list/1112/). In his youth, he endured hardship due to the Second Sino-Japanese War. And at times, he was forced to flee into the mountains during Japan's invasion, carrying only a bag of roasted rice. Through his persistence and intellect, he was accepted to the prestigious Beijing University and was so proud to attend the 100th year anniversary as an alum back in 1998. For those of you who know him, he spoke about this trip often. However, his intellect was underappreciated during the Cultural Revolution, and he had to flee yet again, but this time overseas to the U.S.

My father was one of earlier Asian-Americans to settle in Boston. He married my mother, and worked the only jobs available to Chinese immigrants at the time. He was a cornerstone of the Chinatown community for many decades and channeled his intellect into supporting Chinese Americans in the Greater Boston area for most of his life.

He served several terms as the President of the Chinese Merchants Association of Boston (安良工商會), President of the Wong Family Benevolent Association (黃氏宗親會), and Chairman of Greater Boston Chinese Golden Age Center (中華耆英會) since the 1970s. He made many lifelong friendships along the way.

My father’s immigrant ethic saw him become a homeowner and send his two children to Boston Latin School, and universities thereafter. He and my mother’s sacrifice to be away from their homes and families in China gave us the opportunities and life we have today. He was most proud of my brother and I and we were his biggest accomplishment. My husband, Michael, sums it up well – “York personified the American dream, a dream that lives on through his children and grandchildren”.

We will miss him dearly.

And for our friends and family who had a chance to get to know him, he always enjoyed all of your company. Thank you for being a part of his journey.

For those who prefer to send 奠儀(Chinese traditional condolence money), please contact Mabel or David.

To send flowers to the family or plant a tree in memory of York Wong, please visit Tribute Store
Wednesday
12
October

Look inside to read what others have shared
Family and friends are coming together online to create a special keepsake. Every memory left on the online obituary will be automatically included in this book.
View Tribute Book
Share Your Memory of
York
Upload Your Memory View All Memories
Be the first to upload a memory!
Share A Memory
Send Flowers
Plant a Tree